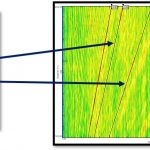 Noise travels much more in water, covering greater distances than it would do on land while travelling through air. Underwater sound has both pressure and particle motion components and hearing can be defined as the relative contribution of each of these sound components to auditory detection (Popper AN, 2011). Sounds radiated from ships are among the underwater noise sources. Among shipborne Underwater Radiated Noise (URN) sources are the following:

GDS Engineering R&D has the capability for measuring the underwater radiated noise and assessment of the results based on the effect to the sealife in the region.